"Natural Healing Is The Highest Expression Of Nature's Competence"

Check out our new Events Page!!! 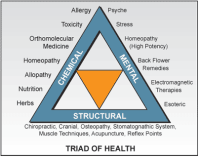 Johnson Chiropractic Center is dedicated to helping people regain and maintain control of their health through a wholistic (yes we spell it with a "w", as in "Whole") approach. Our team will help get you on the road to recovery without the use of drugs or surgery. Our methods are 100 percent natural and based on years of training and experience.

In our practice we strive for excellence through superior patient care and satisfaction. Take a moment to discover who we are.  Chiropractic is the leading drug-free recovery method in the world today.  Give us a call at (586) 254-2995 to find out more about the treatment options we offer. 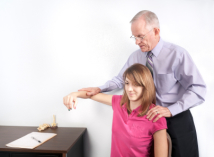 The muscle testing exam performed in this office Is based on the technique developed by Dr. Richard Versendaal over these past fifty years called, Contact Reflex Analysis {CRA).  This type of testing provides a great deal of information about the energized status of the body and its various organs, glands and systems without having to penetrate the skin or use Invasive techniques.  The degree of accuracy is remarkable and best seen in the results achieved and the speed of that achievement, by experienced practitioners skilled in this approach.

Using the muscle system as a barometer this technique analyzes the various meridians and contact points located upon these pathways for the integrity of energy flow.  When the practitioner touches one of the surface contact reflex points s/he Is introducing energy into that system as a challenge to the system integrity.  If the strength of that point remains when it is challenged it may be interpreted that the system or function associated is energized and potent.  When a reflex point tests weak or is defeated by the challenge it is interpreted that there is a loss of energy and adequacy about that system.  It should be noted that a weakness can never be equated to a diagnosis of a disease or a condition, so that if the liver tests weak it could never be said that the liver is sick (e.g. hepatitis, cirrhosis, inflammation, etc.), only that the system is lacking the energy to resist the challenge test.

Weaknesses are interpreted as areas of need, areas wherein the body may require cleansing, strengthening, or repair.  Clinically, after one to three months of nutritional support, specific for the target system or organ which is identified as weak, the reflex point no longer can be defeated by a challenge test, and usually there is an improvement in the individual's state of health and symptoms associated with that particular function in the body.  There are many ways to strengthen a particular weakness, such as nutritional supplementation to enhance function in the specific area of need, lifestyle modification to unburden the physiology, chiropractic to influence the nervous tone and energy reaching the tissue, acupuncture to remove blockages in the normal flow of energy through the meridian pathways of the body, mind/body therapies to release somatized memory, and others.

Using muscle testing employs upper motor pathways in the nervous system, which are theorized to be weakened when the body is challenged, thus resulting in widespread muscular weakness, identified by any single muscle or group of muscles.  Type A muscle fiber contraction requires a significant amount of energy to contract, and this is why any distraction to the system can weaken the muscles.

CRA is a form of kinesiological testing, of which there are many variations.  This technique of analysis is growing daily, and many more practitioners are finding the advantage of quickly surveying the body without unnecessary expense or penetration.  The enlivening achieved through this approach is exciting to experience in your own body.  It creates an interest in finding weaknesses before they manifest as conditions or diseases, and this is truly a form of prevention.

(Note that these can change depending on Dr. J's seminar schedule)

Thur.  by appt. only

Get Social With Us

Recommend this page on: